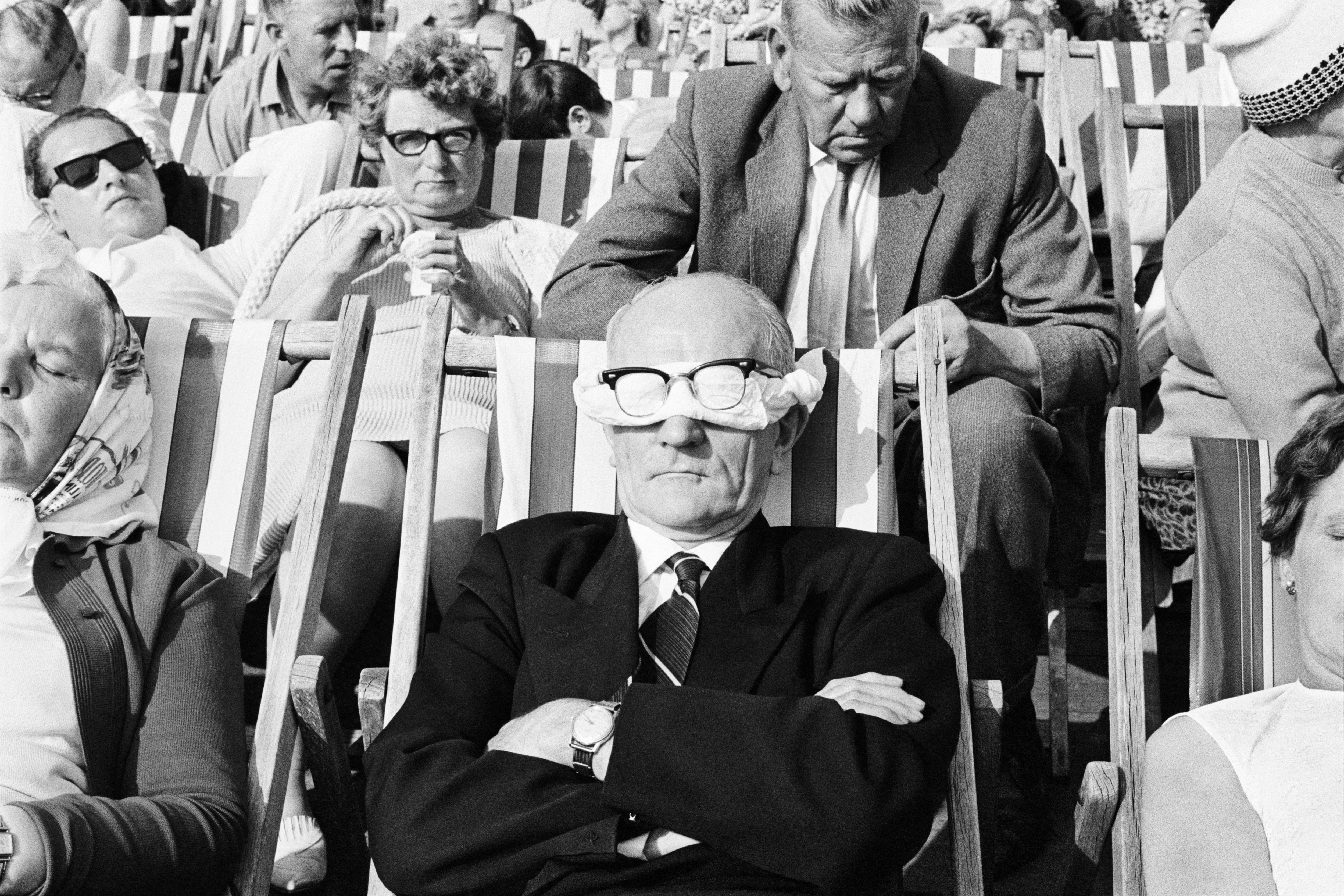 This new exhibition will feature over 100 works drawn from the Tony Ray- Jones archive at the National Media Museum alongside 30 rarely seen early black and white photographs, The Non-Conformists, by Martin Parr.

After growing up in Kent, Essex and London, Ray-Jones studied at the London School of printing before gaining a scholarship to Yale University School of Art, working in and around New York before returning to the UK in late 1965. Between 1966 and 1969 Tony Ray-Jones created a body of photographic work documenting English customs and identity. Humorous yet melancholy, these photographs were a departure from anything else being produced at the time.

In the October 1968 issue of Creative Camera magazine, he described his aim as, “…to communicate something of the spirit and the mentality of the English, their habits and their way of life, the ironies that exist in the way they do things, partly through their traditions and partly through the nature of their environment and their mentality. For me there is something very special about the English ‘way of life’ and I wish to record it from my particular point of view before it becomes Americanised and disappears.”

Ray-Jone’s work quickly attracted the attention of the Institute of Contemporary Arts (ICA), London where they were exhibited in 1969. Tragically, in 1972, Ray-Jones died from Leukaemia aged just 30. However, his short but prolific career had a lasting influence on the development of British photography from the 1970’s through to the present.

In 1970, Martin Parr, a photography student at Manchester Polytechnic, had been introduced to Ray-Jones. Inspired by him, Parr produced The Non-Conformists, shot in black and white in Hebden Bridge and the surrounding Calder Valley. This project started within two years of Ray-Jones death and demonstrates his legacy and influence.

Martin Parr says, ‘Tony Ray-Jones’ pictures were about England. They had that contrast, that seedy eccentricity, but they showed it in a very subtle way. They have an ambiguity, a visual anarchy. They showed me what was possible.’

This special exhibition draws from the Tony Ray-Jones archive, held by the National Media Museum. Around 50 vintage prints will be on display alongside an equal number of photographs which have never previously been printed.

Only in England: Photographs by Tony Ray-Jones and Martin is on in the Special Exhibitions Room at The Beaney House of Art & Knowledge from 9 July to 25 September 2016

The exhibition is a Media Space production. Media Space is a collaboration between the Science Museum (London) and the National Media Museum (Bradford).

Only in England: Photographs by Tony Ray-Jones and Martin Parr

A major exhibition of work by British Photographers Tony Ray-Jones (1941-1972) and Martin Parr (born 1952). This new exhibition will…

Plan your visit find out more