Displayed in the gallery are two types of Gold – but could you tell the difference between them? One is the type we all know, love and aspire to possess and the other is a deceiving natural imitation often mistaken for the real deal.

Gold is one of the world’s most sought-after metals, not only for its beauty but also for its usefulness in the production of many things, including computers. Gold is chemically very inert, so does not corrode like other metals and remains in the same state for countless millennia.

This piece on display was found during the Klondike Gold Rush, a migration by an estimated 100,000 prospectors to the Klondike region of the Yukon in north-western Canada between 1896 and 1899. Gold was discovered there by locals and triggered a stampede of would-be prospectors. Some became wealthy, but the majority went in vain.

Alongside the Klondike gold is another metal, often mistaken for gold. Iron sulphide Pyrite is a brassy yellow-coloured mineral and occurs in similar contexts to gold. Because of its cubic molecular structure it forms near perfect cubes as crystal. For obvious reasons it has been given the name, Fool’s Gold.

DID YOU KNOW? If you travel next door to the Explorers and Collectors gallery you will be able to see exquisite examples of gold jewellery from Ancient Egypt. 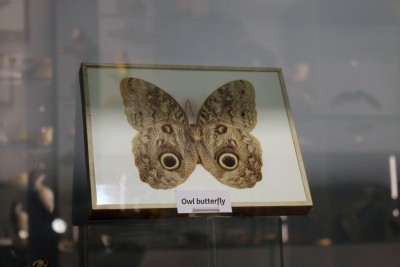 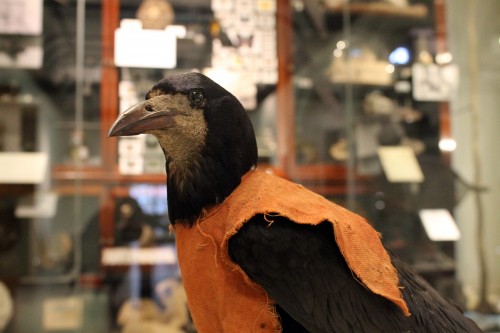 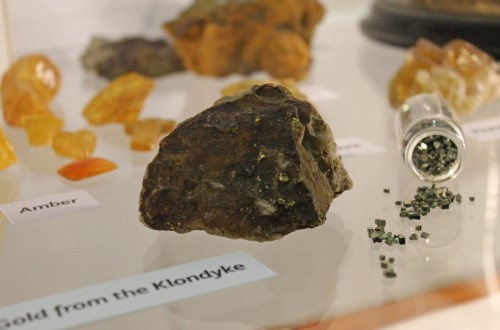 Displayed in the gallery are two types of Gold – but could you tell the difference between them? One is the…