Our ‘Wider World’ case in our Explorers & Collectors gallery features two gold plated knives, bought back from Africa by a Royal Navy officer called Boteler. Part of the navy’s mission was to suppress the slave trade and Boteler’s ship captured several slave trading ships during the voyage.

Collected in 1821-1826, the small dagger in gold-covered scabbard was collected and presented by Captain Thomas Boteler, RN, to Canterbury Philosophical and Literary Institution Museum between 1827-28.

Captain Thomas Boteler, RN (1797- 1829) was Lieutenant and Assistant Surveyor aboard HMS Leven on a naval survey around Africa that took five years, covered 56,000 km of coast and involved apprehending several slave ships. During the voyage he formed ‘a large and valuable collection of natural curiosities’ and artefacts. He gave the items, including the dagger, to Canterbury Philosophical and Literary Institution Museum, “which reflects so much credit on the city, and in which I shall ever feel the greatest interest.” In 1828 he sailed as Captain of HMS Hecla to continue survey work in West Africa but died of fever, along with most of his crew.

The dagger was acquired through purchase of the Museum by Canterbury Corporation between 1846-47. 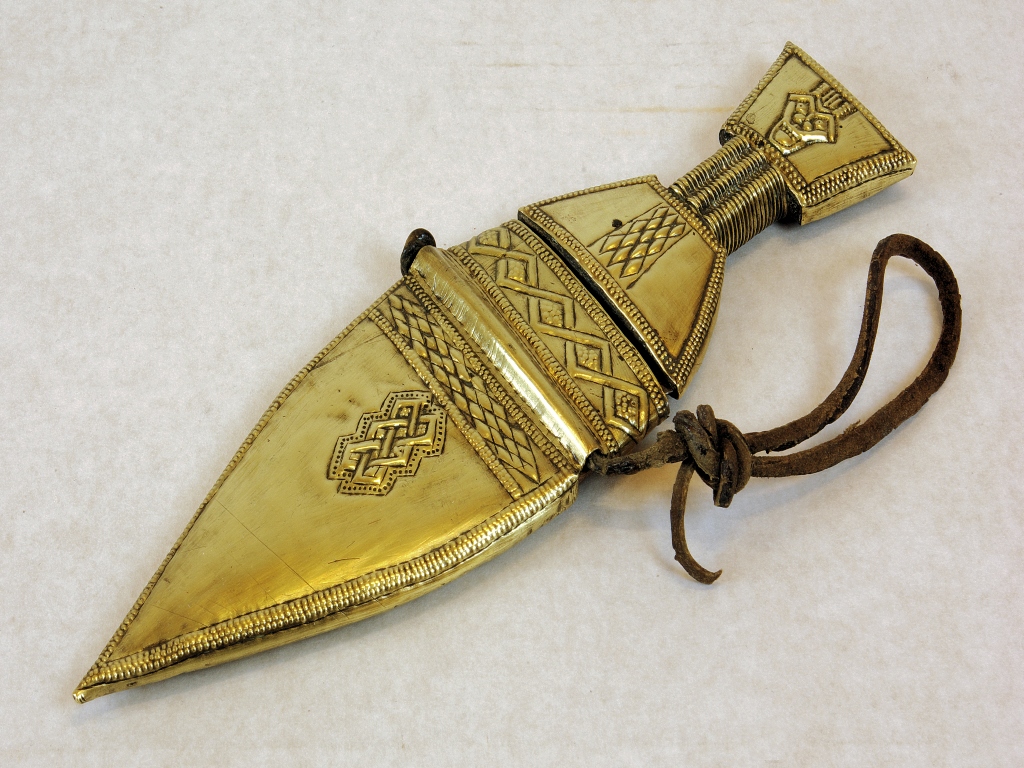