Period 1874, altered and retouched 1882
Location England
Material Oil on canvas
Find me in The Garden Room, The Beaney

DID YOU KNOW? To fit into the gallery the painting’s equally huge frame had to be cut into two! 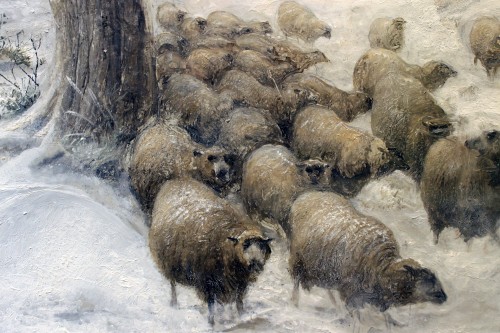 Sheep in the Snow View item 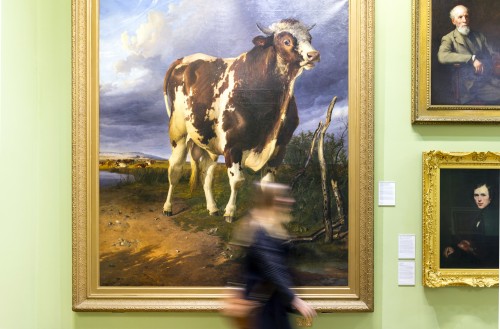 Known as Charlie the Bull, this painting is the most popular of the Thomas Sidney Cooper works of art at…