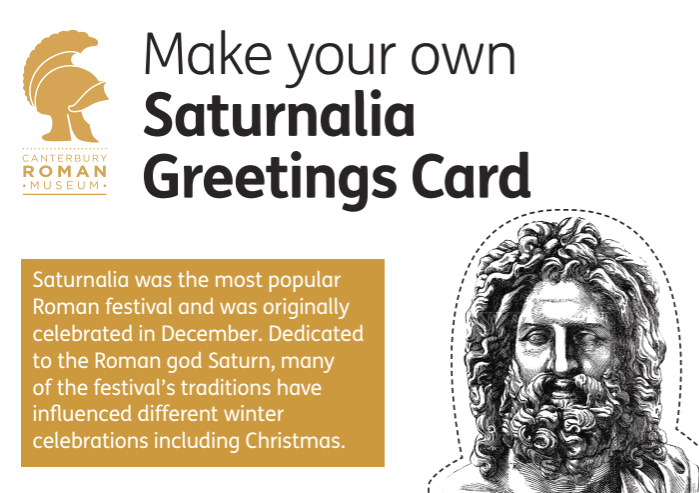 Plan your visit
Loading Map....
Canterbury Roman Museum
11A Butchery Lane, Canterbury
Get directions
51.2787164 1.081712400000015
Saturnalia was the most popular Roman festival and was originally celebrated from December 17.
Dedicated to the Roman god Saturn, many of the festival’s traditions have influenced different winter celebrations including Christmas!
Learn more about this Roman festival and Make Your Own Saturnalia Greetings card to take away.
£1 per person per activity in addition to the museum entry fee (2 kids go free per paying adult). Drop in.

Support Us Find out more