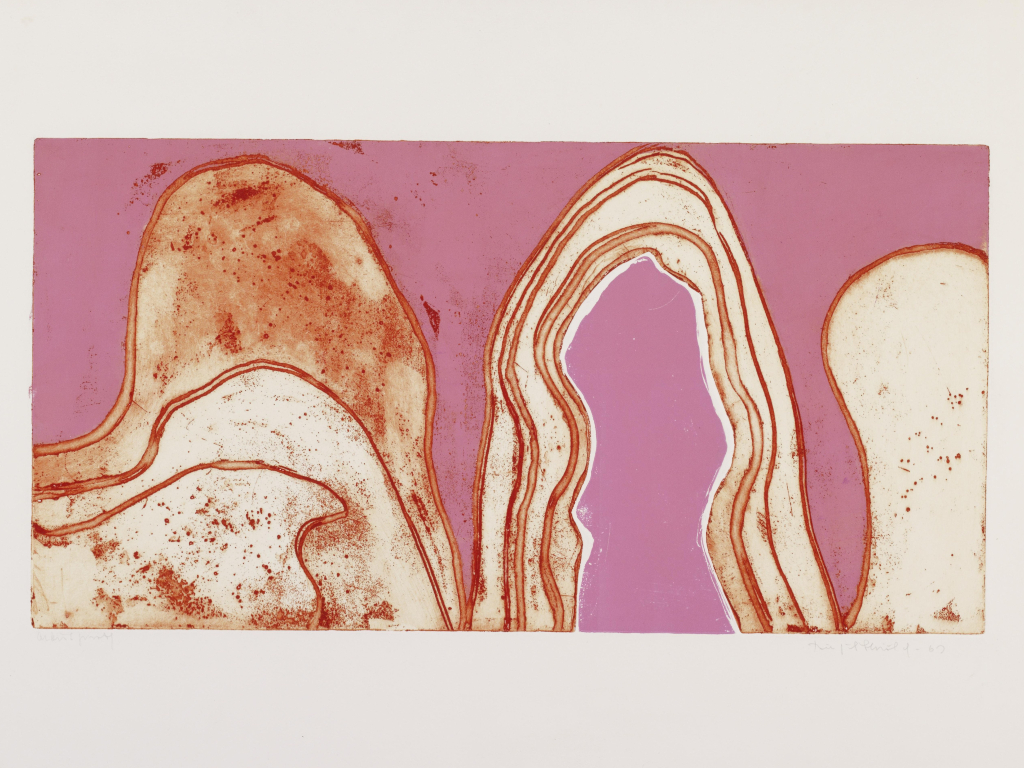 The Arts Council Collection is primarily a collection of modern and contemporary British art, but early on in its history it also acquired prints by major 20th-century European artists alongside British artists, forming an outstanding collection of more than 1,500 printed works by over 500 artists.

This exhibition considers how artists have used a variety of printmaking techniques to exploit the potential of the printed line, from the thick velvety line of drypoint and the heavy cross-hatching of etching to delicate wood engraving and boldly coloured screenprints and lithographs. Spanning the 20th century and up to the present day, the exhibition includes Sickert’s masterly cross-hatched etching The Old Middlesex (c.1910), Ben Nicholson’s rich drypoint Halse Town 1949 (1949), Eduardo Chillida’s bold etchings and David Hockney’s pared down linear etchings in Illustrations for Fourteen Poems from C. P. Cavafy (1966-67). The use of colour is explored in screenprints by Bridget Riley and Kenneth Martin, as well as Simon Patterson’s witty lithograph reworking the lines of the London tube map.

The exhibition will run from Saturday 7 March to Sunday 26 April  (Closed Mondays).

Support Us Find out more