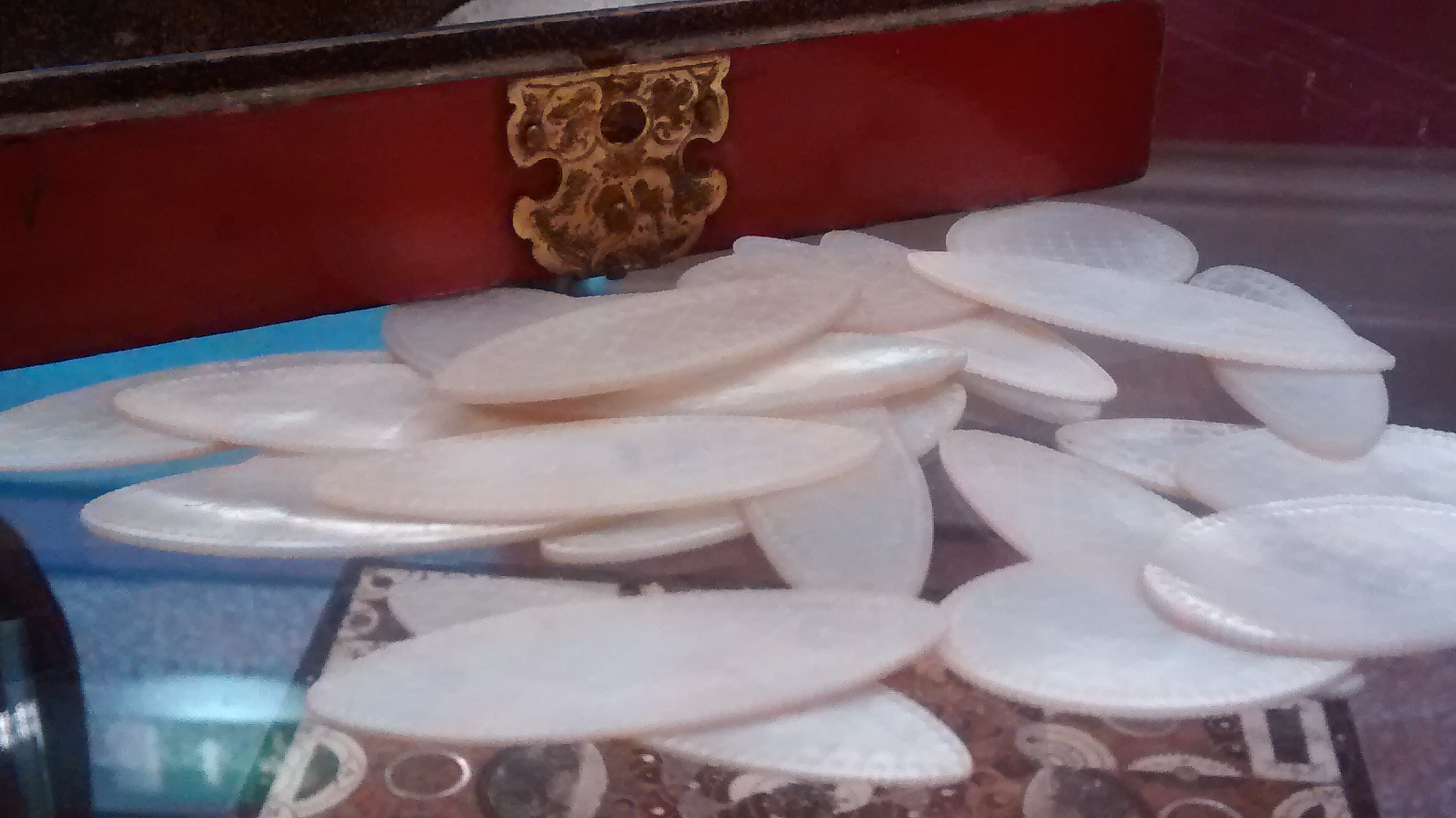 Sonia Overall is currently the Resident Armchair Artist at The Beaney in Canterbury.

I’m a frequent visitor of the Beaney collections, often notebook in hand. On my first residency visit, I returned to some items that have caused me to pause, ponder and want to scribble: three small Anglo-Saxon gaming counters.

Objects associated with gaming can often be appreciated as aesthetic items. They can also be interesting for their social function or historical context. What fascinates me about these unprepossessing stone lumps is that they were meaningful enough for someone to take them to the afterlife. They were meant for play, and play imbued them with significance. Who did they belong to? Were they just customary grave goods, a common pastime to occupy you after death? Or were they the prized possessions of a Taefl-playing champion, someone who beat all-comers over a few beakers in the evening, and never left home without them?

After thinking and writing about the Taefl counters, I went in search of more gaming paraphernalia. There’s plenty to be found: backgammon dice nibbled at the edges through use; ivory piquet markers decorated with tiny insects; a pied bone gaming bead; a tortoiseshell case for carrying cards. These are all fascinating, but I was searching for something more, a tactile connection, and I found it in the three Egyptian glass counters in the Materials room.

Are they game pieces? Are they buttons? Which is the money weight? It didn’t really matter. Here were three more circular objects that may have been made for gaming. Pressed into palms and chinked together in play. Lost-and-found counters connecting us across centuries.

So much for threes. These counters of glass and stone may have been meaningful, but they were not necessarily precious. Some gaming pieces seem too good to use: too crafted, too intricate, too valuable. The mother-of-pearl counters in the Animal display case – each one painstakingly etched with geometric patterns, some showing central designs – bear no sign of play at all. Were they ever used? Who owned them? Did they serve some ceremonial function, like the canteen of cutlery or wedding crystal that never touches a lip? And who made them?

All this thought of play and value inevitably led me into the temporary exhibition of Star Wars toys (my third visit so far). Here is a strange – and perhaps essentially contemporary – relationship between mass-produced toys (intended for play) and valuable collectibles (to be looked at, not touched). If I am interested in ancient gaming counters because they have been invested in through play, and so have accumulated meaning, how do I feel about all those sealed toy boxes?  Somehow, taking the toy out of the box, using an object for its intended purpose, devalues it. Is that right? Is that really how we should think about playthings?

The more an object is played with, the more it comes to mean – but in this case, the less it is worth. The value of the used object declines with each handling: the value of the untouched item increases.

Troubled by this, I found myself pouring over collectors’ terminology:

This code speaks of the nature of collecting: a collector removes the object from use and puts it on the shelf. And the shelf is where it finds its meaning, because it is preserved, held away from the knocks and chips of everyday life, and in a way, reverenced.

Why is a NRFB Luke Skywalker more valuable than a figure that has passed through many hands and given people pleasure? A figure that has battle scars and chocolate stains and may have soaked up a little brake-oil that time you used your cousin’s bicycle wheel as a cross-section of the Death Star?

The way we value – or treasure – objects is what keeps me coming back. Objects on pedestals, to be contemplated rather than touched. Objects to be moved around and used as tools for thought, play or memory. Objects that bridge distance and time. The Star Wars figures are interesting because multiples of the same object – mass-produced items, starting off as materially and monetarily identical – can become any of these things. MISB Luke is loved because 30 years on, he is still in his box. Beater Luke is loved because he has been played with for 30 years. What matters is that both objects have been invested in by us.

Which is what this residency is all about.