The latest blog from Katherine Herbert,  Resident Armchair Artist at The Beaney House of Art & Knowledge.

In my last blog I talked about my experiences of handling the objects at The Beaney. Seeing and feeling the marks made by the creator has got me thinking about production, reproduction and imitation.

As an artist working in film and video within the context of a world full of moving image, the mark of the creator feels lass obvious.  My tools are; a digital camera, super 8 film camera, 16mm film camera, a computer, final cut editing programme, note book and pen.

I use different cameras to achieve different qualities and effects. The camera and format I use depends on what is suited best to help in the development of an idea that I am trying to put across.

In film cameras the image is captured and stored in the same medium, through a photochemical transformation – a film.  The film needs care and attention, it is effected by moisture, light and heat and it has to go through several processes before what has been captured is revealed. There is physicality to it and that is reflected in the quality it has. Whilst with a digital camera, the quality is very different. The image is captured through a photoelectric medium – an image sensor, and stored in digital electronic format on a memory card waiting to be downloaded and viewed on a computer. The digital files are the raw materials in which to work on, and its more immediate.

I see the process of film making as a form of collage. In filmmaking you gather your materials these can have been created by yourself through filming or using existing archive materials, including; photos, moving image and sounds. Your tool is the edit programme where you can layer up images and sounds, rescale images/sounds, speed up or slowdown timeframes manipulate colours, tones, and hues. The decisions made as where to place a cut and what goes before and after leads the viewer through the idea you are wishing to communicate.

In the last few weeks I have decided to film some of the objects within the museum. Light is a recurrent theme in my practice whether this is filming at night and the connotations that has, to light as a metaphor for time. So it is of no surprise that I have been attracted to objects that reflect light, including geological objects from the Colour and Camouflage displays and Materials and Masters room. I have been influenced by the tools available to the public to inspect objects closer and have been filming with macro lens. I am enjoying playing with scales where the minute becomes magnified, details surface and texture become visible and there is a possibility of these images being projected even bigger to create new huge forms and landscapes. I have also become slightly obsessed by the Microscope in the Explorers and Collectors Room, as it animates static objects. Using the microscope to Zoom in and out of an object creates a shifting landscape. As you zoom in new sections are revealed and others disappear, different layers of an object create abstract backgrounds to other layers. The focus also brings movement; different sections of the image move in and out of focus, the terrain is continually changing. Even when the zoom and focus are still, the electronic viewing screen flickers, evidence of a photoelectrical process. The photochemical and photoelectrical is something for me to ponder on over the next few weeks. 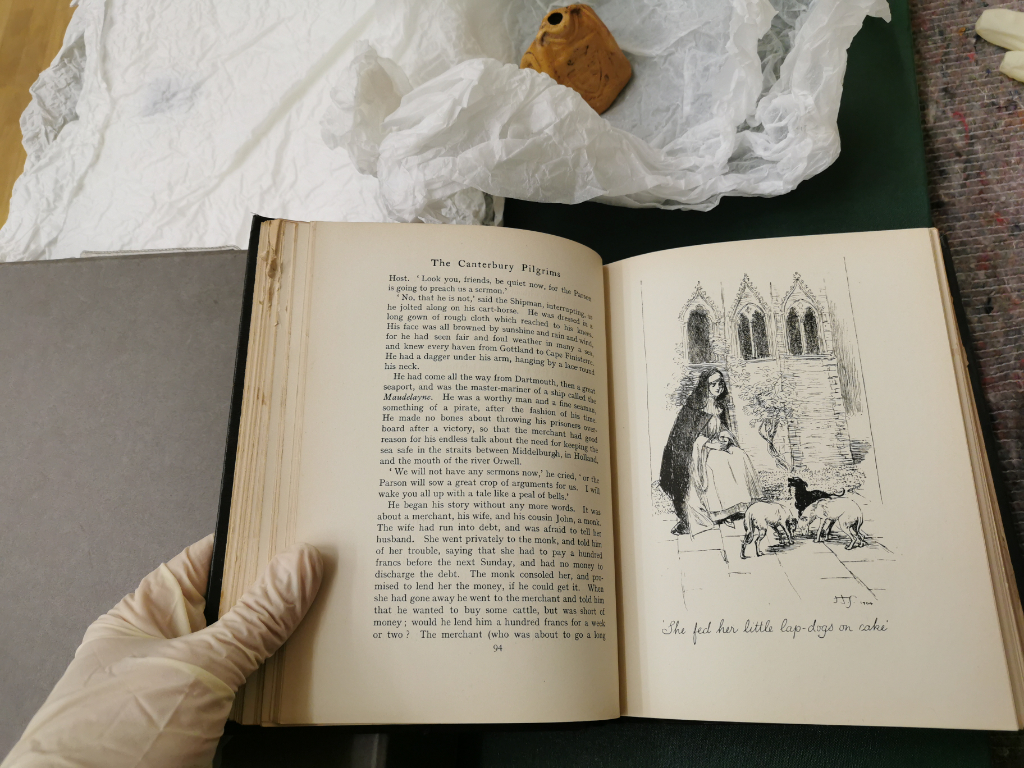