A community walk to the Abbots Mill Project, an eco showcase in the heart of Canterbury.

Rob Turner is currently the Resident Armchair Artist at The Beaney in Canterbury.

The feeling or look of the map now seems to be establishing itself; one of my roles in its making has been to somehow make all the varied drawing styles sit together in a coherent way. A task I have quite enjoyed doing. I have tidied it, coloured it, and enhanced weak areas as well as finding ways of neutralizing particularly over worked areas. I noticed that some people draw over the top of other peoples finished work. It must be more important to put information in that they know and want included, than draw in areas where little is known. I thought it interesting how some areas developed very quickly and seemed brimming with associations and information and others which had no information at all. Was this just a random roll of the dice as the people who worked on it filled the bits they knew, or were there really areas of the city less easy to map? I had a bit of a breakthrough on this issue with the next workshop.

One of the participants at the last session brought their young daughter along and while drawing together mentioned in passing their project, The Abbot’s Mill Project, which will be a show case for urban eco living lifestyles  www.abbotsmillproject.co.uk/. So I organised a community walk with the KCA www.kca.org.uk/ who work with people who have mild or moderate metal health problems. We met some representatives from The Abbots Mill Project who told us all about their future plans and took us around a tour of their site. We talked about fish, birds, and Romans making flour from wild flowers, growing your own food, and then onto renewable and nuclear power.  The input provided for the map by these two groups was very useful. Particularly members of the KCA group who had excellent local knowledge and awareness of events and happening in the area, which they contributed to the map. They were also able to provide some identity and shape to the empty unmapped areas. 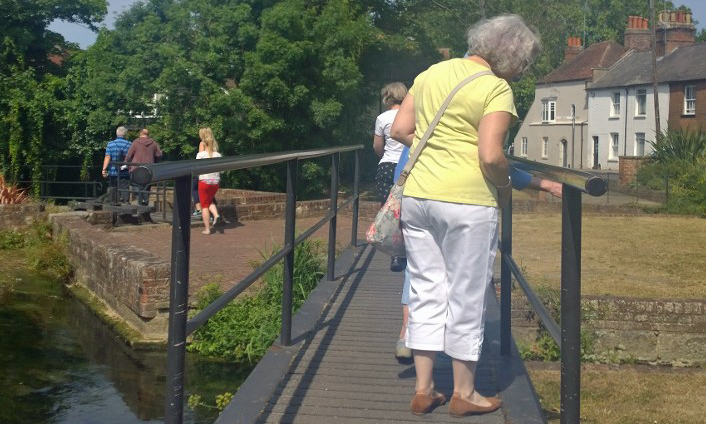 Community walkers at the site for the planned Abbots Mill water wheel, to read more about the wheel. 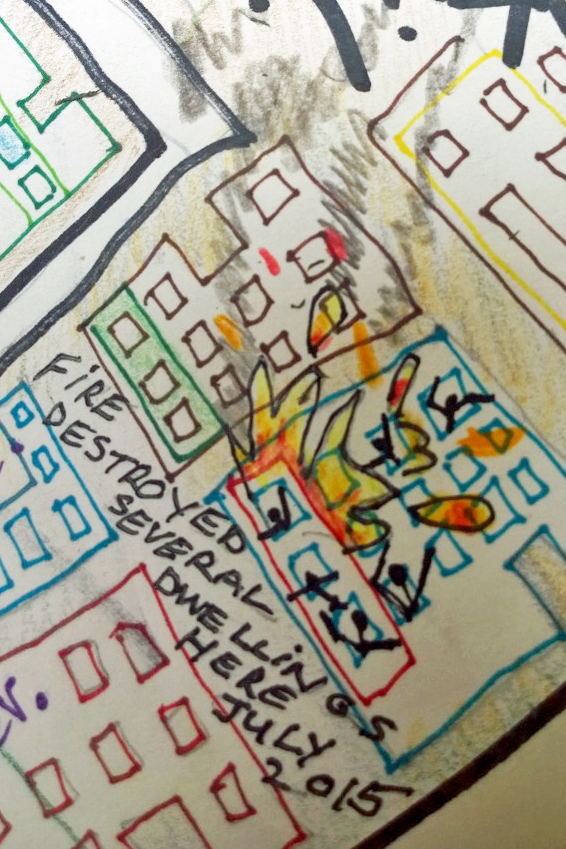 KCA members indicated a terrible fire in a new residential area of the city. No one knows what’s inside the Cathedral grounds, which take up a relatively large proportion of the city.