Roman Canterbury occupied the same space as the present city centre, but as not all of the space was built upon we don’t know the exact size of the town’s population. However, through excavations we do know that a lot of the people living here were craftsmen.

One such craftsperson was the pottery maker, who flourished during the first and second centuries AD. Archaeologists have discovered kilns on the outskirts of Roman Canterbury, near the sources of clay, water and firewood, where a range of cooking wares and tiles were produced. The local potters worked in Roman styles which would have supported the cooking methods of the time including preparing and cooling food.

This rare wine or water cooler found at the Dane John site of a Roman kiln is a type made in Cologne and may have been intended for copying. Did you know? Alongside the locally produced grey ware, the Romans imported high quality Samian ware into Britain. During its import some ships were wrecked off the north Kent coast and as a result hundreds of complete pots have been dredged up by fishermen off Whitstable and Herne Bay. 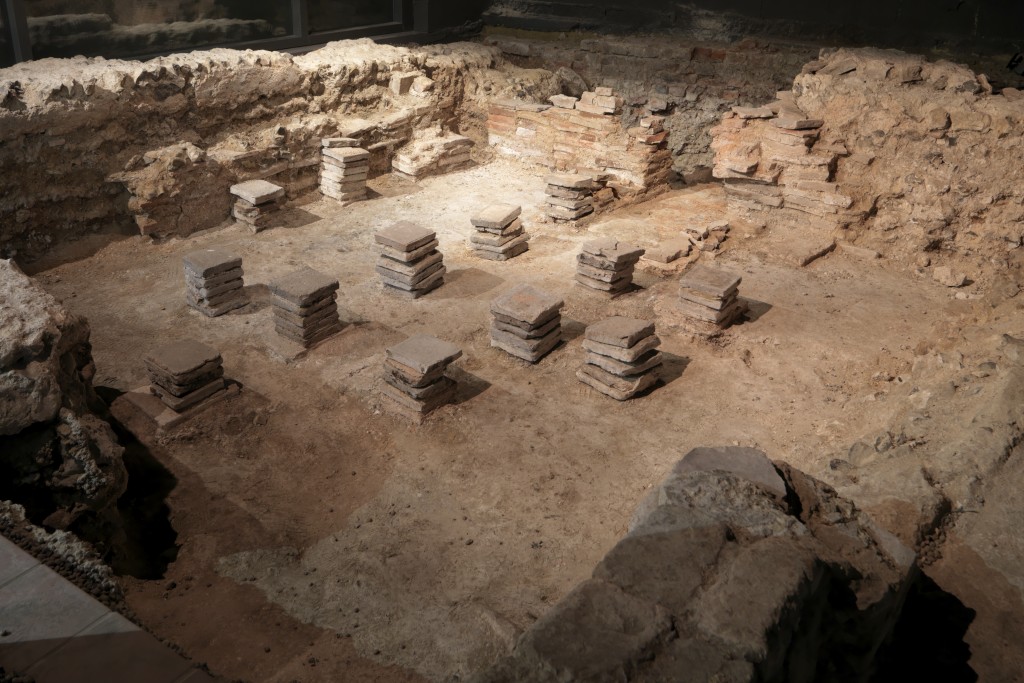