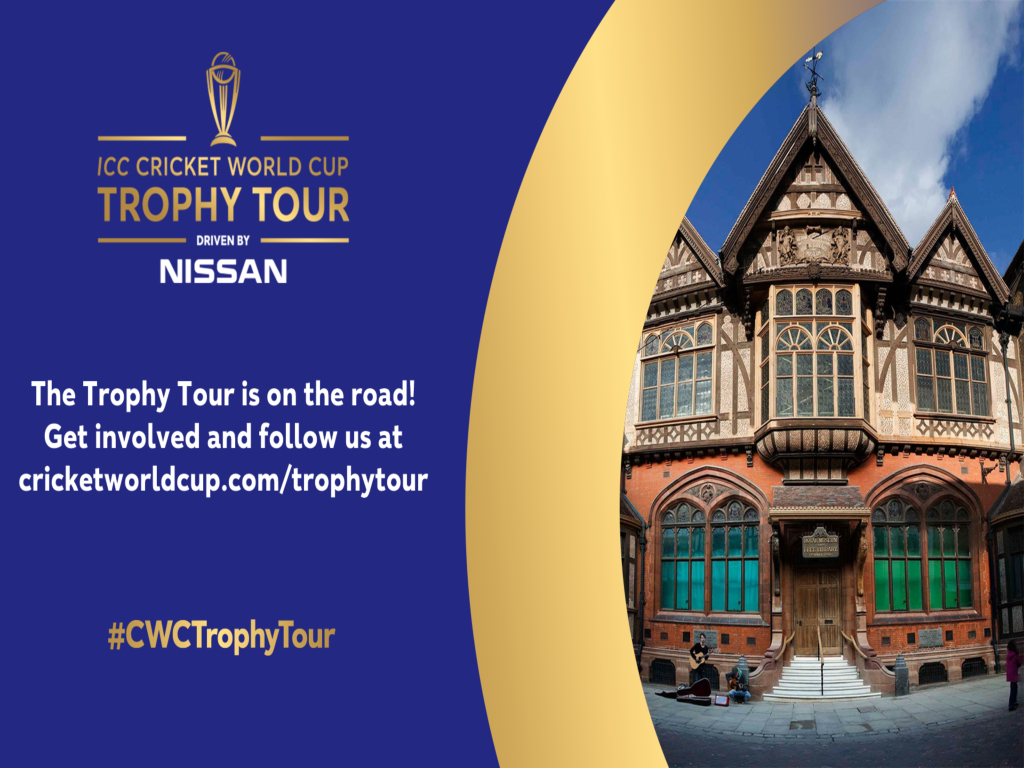 Local people will have the chance to see one of the world’s most iconic sporting trophies on Tuesday 14 May when the ICC Cricket World Cup trophy goes on show at The Beaney in Canterbury.

The 12th edition of the Cricket World Cup takes place in England and Wales between 30 May and 14 July, and as part of the event, the trophy is being taken on a pre-tournament promotional tour of the country. It will be on display at The Beaney during the afternoon of 14 May. The exact times are still to be confirmed, but entrance will be free. The Beaney is the only public venue in Kent to host the trophy.

The city council’s Director of Commissioned Services, David Ford, said: “It’s a real coup for The Beaney to be chosen as the only location in Kent to have the trophy on show to the general public, and we’re really looking forward to what will be such a special event.

“Of course the city has very strong cricketing links, being the home of Kent County Cricket Club, so excitement for the World Cup will already be mounting. The arrival of the trophy will mean our residents and visitors have the opportunity to be part of this fantastic sporting event.”

It’s the fifth time the Cricket World Cup will be held in England and Wales, following those in 1975, 1979, 1983 and 1999, and the hosts are one of the favourites to win the tournament. The ICC Cricket World Cup Trophy Tour, driven by Nissan, began its global schedule in Dubai in August last year and arrived in England last month to begin the final 100 days.